Caracal is one of the species of wild cats. They are present in Africa, South Asia, as well as the Middle East. In other African countries, they are more familiar. Furthermore, you can find them in the Saharan Desert and other equatorial forests. In South Africa and Namibia, they are so abundant that they are termed as nuisance animals. However, in the Asian forest, their population is much less.

They generally live in grasslands or rocky hill areas. Woodlands, thickets, plains are also common habitats. They usually stay at an altitude of 3000 meters from the sea level in the Ethiopian forest. These cats prefer arid climate and can adjust in a dry atmosphere too. 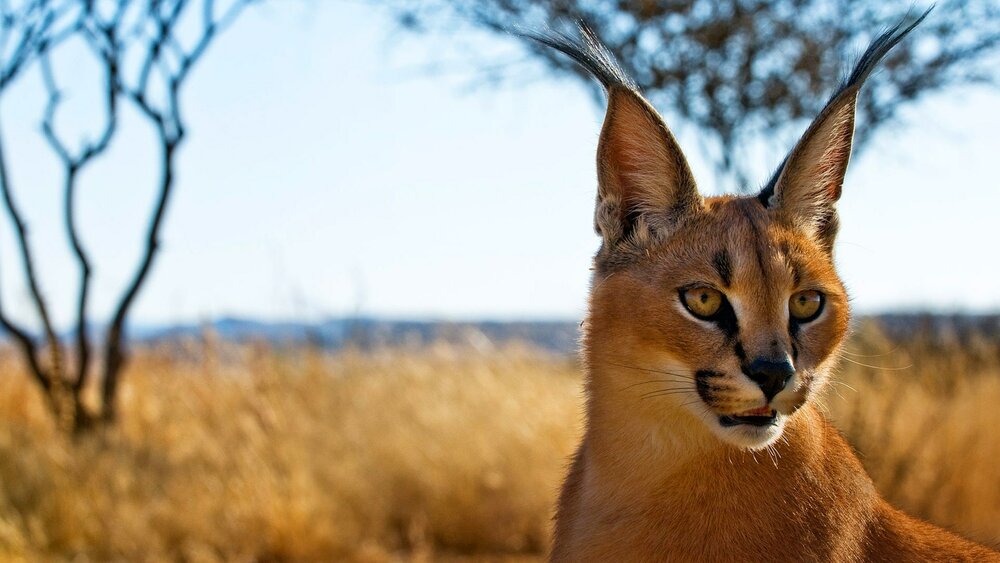 The Caracals Catch The Preys Fast

This is how it catches prey. It hides behind the tall grass, eyeing on a bird wandering nearby. All of a sudden, the caracal bursts out of its hiding spot and jump over the bird. As the bird takes off, she follows. Then, she leaps up about six feet and uses the paw to swat her prey. So, the bird falls on the ground. In one move, she scoops it up in her mouth and has a grand dinner.

Physical Description And Nature Of A Caracal

A fully grown caracal is about three feet long and weighs around 40 pounds. Females are lighter than that of their male counterparts. They have brown to red coats. Furthermore, like the African Golden Cats, their underside is white too. There are also black marks around the eyes, along the center of the forehead and nose. As they go hunting, the legs are relatively long and strong. The color of the eyes varies. They can be green, yellow, and golden. The length of the tail is between 18 cm to 34 cm. Moreover, the small caracal is longer than an adult cat.

Generally, they get more active after the sunset. They like to have a considerable amount of time to themselves. These cats love to spend time alone. Hunting is also their favorite act. They hunt birds, rabbits, rodents, gazelles. 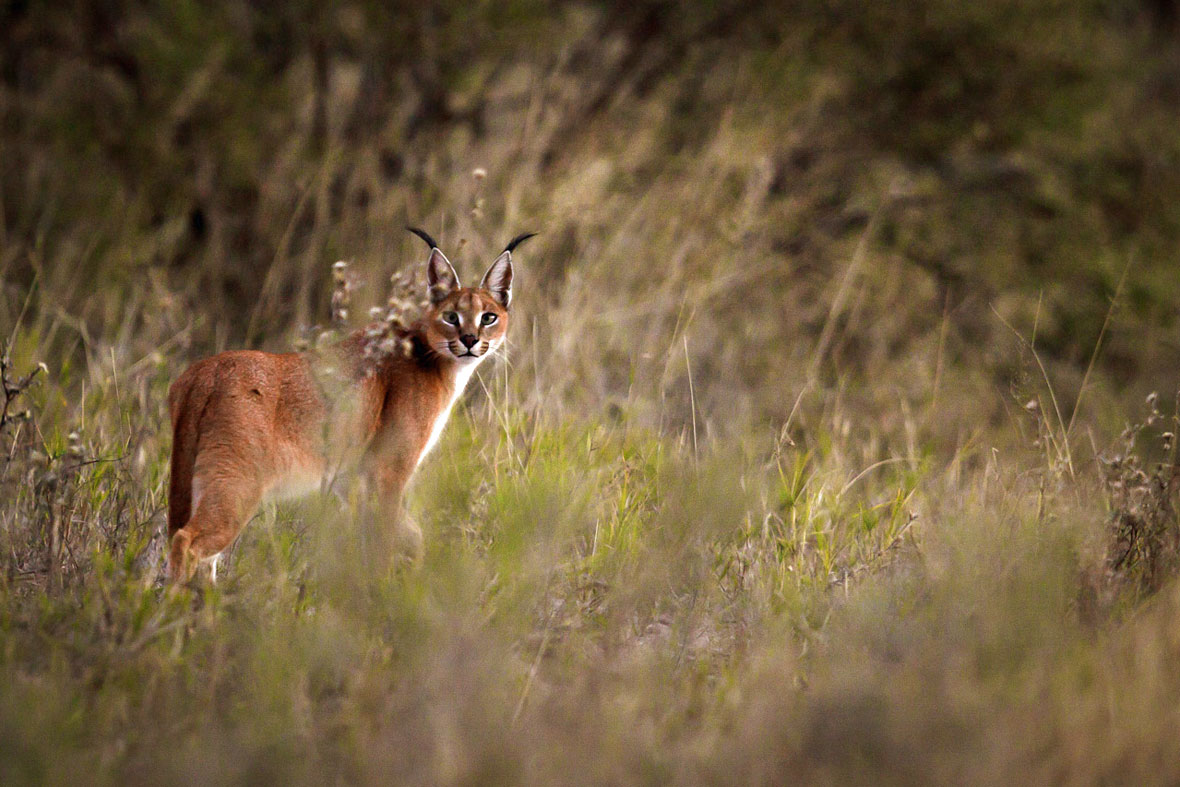 The Process Of Hunting

Their body is perfect for sneak attacks. Their footpads are cushioned with thick fur so that no noise comes when they walk towards the prey. Their speed is also high. They can jump six feet up in the air, which is equal to the height of an adult human. Moreover, tufts of hair at the ear tips enhance their hearing power, which helps to catch the prey.

The mom caracals are very affectionate to their babies. They usually have three in each litter. Furthermore, they cuddle with their babies.

A clear cough-like mating call is quite common to attract the partner. Another way to attract male animal is the indication of the female’s urine. It has a chemical signal. Different types of mating exist among wild cats. Sometimes, a few male animals fight together to mate with a particular female. However, the female caracal can even choose her mating partner. Hence, they usually move together for four to five days. Mating with multiple partners in one week is not impossible, though.