Goblin shark has some interesting facts that do not fail to amaze anyone. The shark is a deep-sea shark, and one can only see them near the continental edge. They are quite long and have a flat snout that makes them look like a goblin. They have protrusile jaws and also nail-like teeth. They are great hunters and usually feed on small fishes and squids that live near the edge. 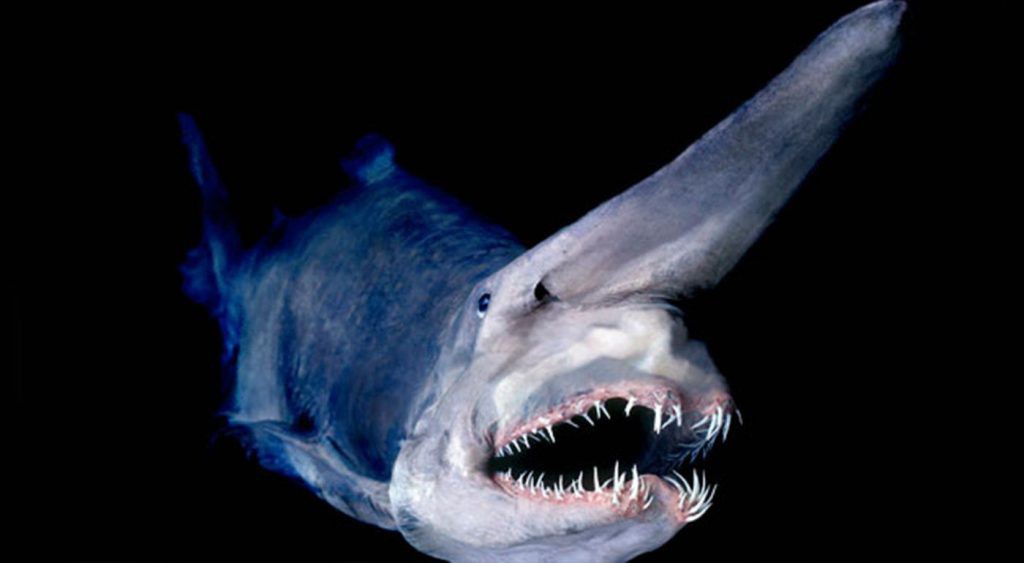 Goblin Shark Facts: Everything About It

Body Facts Of The Goblin Shark

The shark looks different from other sharks and fishes because of its unique looking snout. Its flat snout resembles the sword blade; however, its size decreases with age. They have small eyes, and their jaws can extend to the end of the snout. An adult goblin shark measures up to four meters; however, female sharks can grow up to 6.2 meters. Its maximum weight so far recorded is 210 kg of a 3.8-meter long shark. It is a slow swimmer. The reason can be its heavy and long body. They, therefore, become prey to large and fast fishes like shark and whales. They are pink in color, and when they die, their body turns grey.

Prey Of The Goblin Shark

The shark has small eyes; however, it can feel the slightest of the electric current produced by a small fish. When it senses a prey or sees it moves towards it. As the victim notices the shark, it starts repelling, but before it can move backward, the shark extends its jaw and catch hold of it. A goblin shark can thrust its jaw at least three inches out of the mouth. This is possible because the jaws of the shark connect to a three-inch-long flap of skin. Thus the jaw can unfold three-inch out of the jaw and therefore surprise its prey. After eating, the prey shark fits its jaw back and swims off.

Human Interaction Of The Shark

The shark lives deep in the ocean and therefore is less dangerous for human beings. A few aquariums and universities tried catching the shark alive. The sharks, however, lived a minimal span of life after they were taken out of the ocean water. This is the reason that very little information is available about this species of shark. The liver of the shark is abundant in liver oil; therefore, for some time, the Japanese hunted them for their liver oil. The shark is mainly present in large numbers near off southern Japan. The number of sharks is not near extinction as per the researchers; therefore, not much is being done for its preservation.

Goblin Shark Facts: Everything About It

This is a unique species of shark that live very deep in the ocean. They are also unique because of their long and flat snout and movable jaws. The sharks catch their prey in a way that no other fish species can. They are, therefore, unique in every way. One cannot see them in any aquarium or on land because they can hardly survive here. Consequently, one needs to go deep in waters to have a look at them.