A Pufferfish is a unique and extraordinary sea creature. Its other names are blowfish and porcupine fish. It has these unique names because of its appearance and some unique features. The fish can blow its body and has spikes like a porcupine. Therefore the fish is individual in every sense. 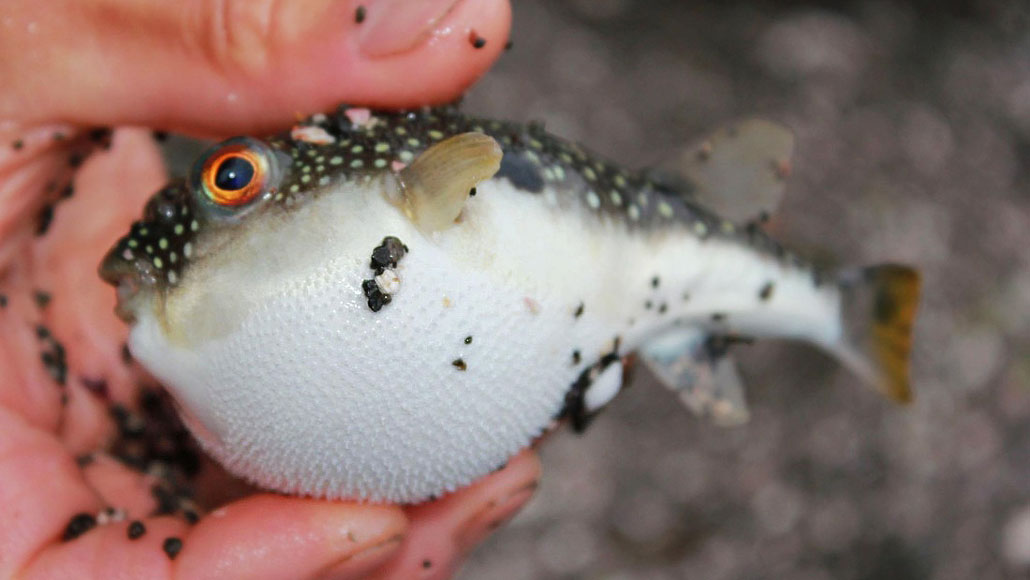 Why Does A Pufferfish Blow Her Body?

Many scientists are of the view that a Pufferfish inflates its body because it is clumsy and, therefore, cannot swim quickly to get rid of the predators. Therefore at times, they become vulnerable to predators. Thus to escape from its predators, the fish inflated the body and ingests it with air and water to become like and ball and inedible. A puffed fish looks virtually inedible; therefore, the predators avoid eating it.

Toxicity Of The Pufferfish

A predator might not be lucky to eat a Pufferfish before it inflates itself. This is because the fish is highly toxin. It contains a toxin, tetrodotoxin. The poison makes the fish taste foul. The tetrodotoxin is a deadly toxin for humans and also more poisonous than cyanide. A toxin in a single fish is capable enough to kill 30 adult humans. Moreover, to date, there is no known antidote for this toxin.

The Fish As Food

In Japan, the meat of this fish is known as fugu. And surprisingly, fugu is a delicacy in this country.  The chefs get the training, and they know that a single lousy cut can lead to the death of a customer. But still, there is a lot of death due to the toxins of fugu every year.

Population Of The Fish Worldwide

Almost 120 species of Pufferfish are there, and most of them reside in tropical and also subtropical ocean waters. Some fishes even live in freshwater. Some fishes have wild color markings that depict that they are toxic. Some fishes have colors that blend with their environment. Their sizes also vary; some fishes are dwarf, whereas some can grow up to 2 feet in length. They don’t have scales on their skin and are mostly spiky.

Diet Of The Fish

Pufferfish eats vertebrates and algae. They are, therefore, carnivorous. Some larger species can easily open and consume clams, shellfish, and also mussels. Some fish species are vulnerable due to the ever-increasing water and air pollution, loss of habitats, and also overfishing, whereas the population of some species is stable.

Puffer fishes have a unique technique to protect themselves from the predators. All the species of the fish bears some of the other unique features. It a complete treat for the eyes to look at the way it bloats its body when it sees a predator approaching. Therefore one can see this unique fish in an aquarium. Most importantly, the fish is a delicacy in Japan and is highly toxic.